Kotlin In Depth, Best kotlin learning article: Who and What is Using Kotlin?

June 17, 2021 Written by Faheem Chowdhury. Posted in Android No Comments

Among the new “it” programming languages, there are few names getting as much press and chatter as Kotlin. Originally released by the Czech development company JetBrains in 2011, Kotlin has seen its usage supercharged by becoming the Google-approved development language for Android applications. Companies like Netflix, Lyft, Pinterest, and other tech heavyweights have rapidly pivoted to using Kotlin to help flesh out their mobile presence, and more and more companies are joining the Kotlin train every month.

Part of Kotlin’s appeal for companies are structural and design elements that make it an effective alternative to using Java — driven in part by the significant updates and iterations that both the JetBrains team and the crowd of Kotlin developers have continued to roll out to continue increasing the language’s capabilities. This has also led to a surge in developers looking to learn Kotlin as their primary development language, to match the rapidly rising demand for skilled Kotlin developers from both startups and big tech brands.

To know more about Kotlin’s rapid rise, it’s also important to know why Kotlin has become such a desirable language to learn. From how Kotlin compares to similar rivals like Java or Python, to the wide variety of use cases (including in new and expanding fields like machine learning and data science), let’s take a deeper dive into what makes Kotlin a uniquely powerful language, and what helps it stand out from the pack of alternative programming languages. 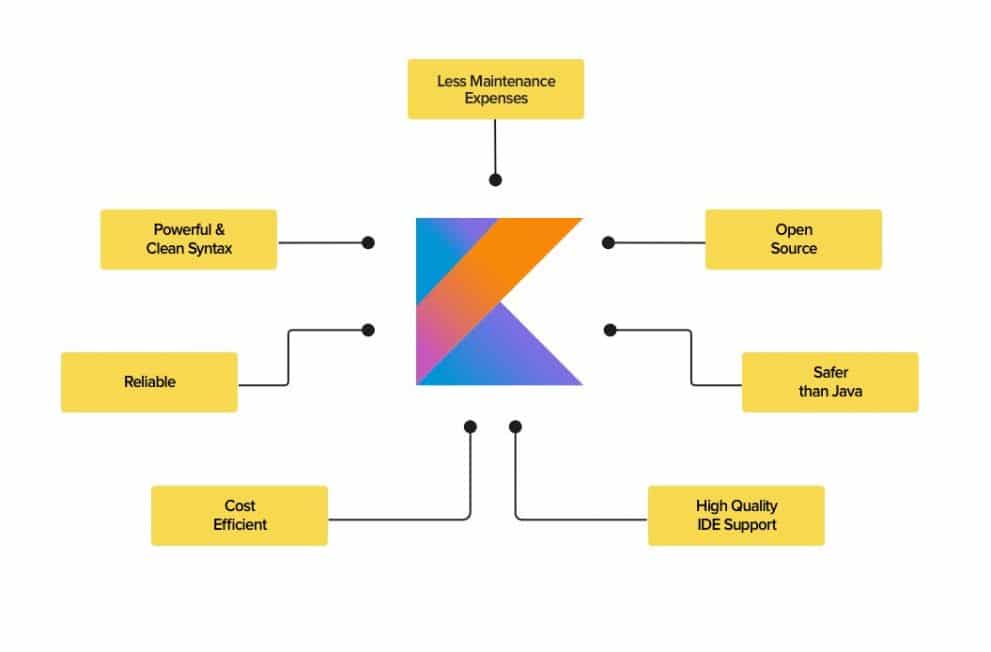 What Benefits Does Kotlin Offer Over Other Programming Languages?

At a basic level, Kotlin is a cross-platform, statistically typed and general-purpose programming language with type interference. As an open source language developed within the Apache 2.0 license, Kotlin integrates both object-oriented and functional programming features. Kotlin additionally possesses the support of all major Java IDEs such as Android Studio, Eclipse, and NetBeans.

Here are some additional specific benefits that Kotlin offers developers:

How Do These Benefits Help Kotlin Compared To Java? 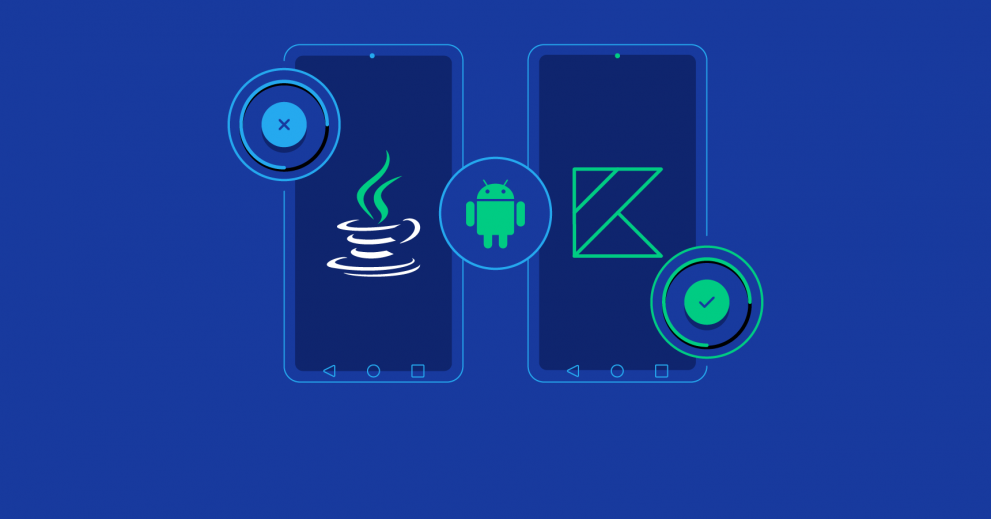 First off, anyone with some familiarity with Java can easily switch to Kotlin and take advantage of the structural benefits of the newer language. Adaptation is also free, which makes it even easier. Kotlin offers a much faster and more creative Android app development process than Java.

As developers have compared the two languages’ security features over the years, the development community has concluded that Kotlin is more secure with a much smaller chance of crashes. Additionally, Kotlin is more flexible and it offers more options and solutions, which can help to reduce the number of lines written (and with less lines, less chance for bugs or errors to appear).

Kotlin looks and feels slightly different than Java while writing and reading it, but the functionality operates in largely the same way. Simply put, Kotlin is 100% compatible with existing Java code. Kotlin’s core purpose is interoperability. Developers can simply write modules in Kotlin, which works flawlessly within existing Java code. By eliminating the Bytecode, a Kotlin compiler allows two languages to work in unison in the same project.  Because of the interoperability of the two languages, Kotlin allows developers to import their favorite tools and frameworks from Java, while also having access to some of the structural benefits of Kotlin which enhance speed and decrease the chance for errors.

Experienced developers know that creating too many threads in your code can slow down a program. However, in Kotlin multi-threading is a feature which allows concurrent execution of two or more parts of a program for maximum utilization of CPU. Each part of such a program is called a thread. Because of this design structure, Kotlin can help maintain application speed (and thus, a better user experience).

How Does Kotlin Compare To Python?

Since Python has assumed the mantle of one of the most popular programming languages in the world today, people naturally also compare Kotlin to Python. While the languages are more different than Kotlin and Java, there are some unique benefits to Kotlin which Python doesn’t offer developers:

While Python often receives much credit for being easier to learn and use for newer developers, the truth is that the lack of a unifying philosophy/theory behind the language actually makes the language fairly messy. While Kotlin requires a bit more programming knowledge and experience to learn, the language itself is a bit more intuitive and cleaner than Python.

While there are some frameworks like Kivy for Python mobile development, Kotlin is far superior for building mobile applications (which makes sense given its design specifically for building within Android).

Python suffers a bit from “language fragmentation”, since a good chunk of Python developers still uses the older Python 2 implementation (and which can lead to different “types” of Python apps). Kotlin has a more unified implementation, driven by JetBrains’ continued active role in further developing the language.

Python offers limited support for functional programming, which also limits its usability in certain cases. Additionally, unlike Kotlin, who’s multithreading features are a point of celebration among developers, Python’s multithreading process often introduces unwanted complexity (and can lead to errors or slower operations).

Python is also less interoperable than Kotlin, with “Python-specific practices” that are not always transferable to coding with other languages.

Who and What Uses Kotlin?

For a language that was created only a decade ago, Kotlin has a remarkably wide base of users and use cases already. As you can imagine for a language geared toward Android app development, Google is a major supporter of Kotlin, with over sixty Google-based apps written using the language (most notably, Maps and Drive). Other names using Kotlin for their tech stacks include a who’s who of major tech brands, such as:

In addition to the stats and user testimonials, Kotlin is also often lauded for being an industry-based programming language (as opposed to one that was developed within academia or with a research basis). This means that productivity and operability were central to its design, which also lends itself well to solving industry problems.

Why Should You Consider Learning Kotlin?

For years, people often pointed to Python as the language for new programmers to learn, because of the intuitive design and easier syntax than some others. However, as we noted above, Python has some issues under the hood that can actually make it tougher for programmers to master as they get into more advanced programs and building processes.

In contrast to that, Kotlin can be both paired with Java or learned by itself, and can allow newer programmers to master a language that has some significant structural benefits that we outlined above. By taking online coding classes and learning Kotlin, you can develop apps for mobile, back-end, and even for some newer fields of tech, including machine learning and the Internet of Things.

SoloLearn offers a great method for newer developers who want to learn the fundamentals of Kotlin, and begin to use it for their own projects:

Contents hide
1 Kotlin
1.1 What Benefits Does Kotlin Offer Over Other Programming Languages?
1.2 How Do These Benefits Help Kotlin Compared To Java?
1.3 How Does Kotlin Compare To Python?
1.4 Who and What Uses Kotlin?
1.5 Why Should You Consider Learning Kotlin?