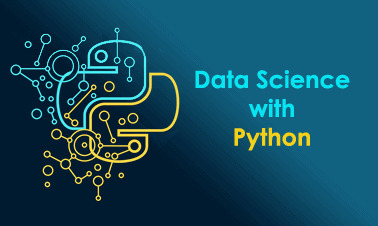 Python is the most versatile and popular languages in use worldwide, Python has a seemingly ever-growing list of use cases and applications. From machine learning to desktop software, mobile apps to the Internet of Things, Python’s continued growth is largely due to its ability to effectively power some of the most interesting innovations in software and data over the past few years.

One area where Python is receiving particular praise and adoption is in the world of data science. As more and more companies, research institutions, and individuals turn to advanced analytics practices and platforms to develop new ideas or refine business operations, the demand for a programming language that can efficiently collect and analyze data has risen accordingly. In this field, Python enthusiasts continue to advocate that Python offers some of the best data visualization libraries available, making data analysis quicker and easier than ever before.

To get a better sense for the package of benefits of using Python in data visualization and data science, let’s explore some of the basics behind why the language itself is a good choice for this specific field, as well as some of the most popular data visualization libraries being used today. While like any open-source language, Python is always evolving and being augmented by new tools, this guide offers a snapshot of why Python is an ideal language to learn if you want to dive into the data science and visualization fields as a programmer.

Why Is Python Ideal For Data Visualization And Data Science?

Perhaps the central reason Python is widely used in the scientific and research communities is a combination of its relatively easy learning curve and simple syntax, which allows people without a comprehensive engineering or programming background to still work with it. In addition to these structural benefits of the language, many engineers coming from the academic and industrial worlds also cite the deep learning frameworks available via Python APIs, along with the variety of science-specific packages available throughout the web.

These packages are a result of one of Python’s other major benefits — the massive and growing following of global developers who continue to push the envelope and potential of the language. Here are some of the other inherent advantages that Python offers (both for general programming and specifically for data science and data visualization):

How Does Python Make Data Visualization And Data Science Easier?

However, there are a few particularly popular options that everyone should know. Before we dive into those, let’s also cover a few key principles to know when evaluating which Python data tools are right for you.

Depending on the location where the visualization is displayed for an audience, programmers will have to decide whether to use static or dynamic visualizations.

The most common place that you see static visualizations on the web are in infographics, which can be easily digested by readers and users or transformed into PDFs or handouts for a conference or meeting. You can think of static visualizations as “two-dimensional” — they serve as a summary or report of data that was collected and analyzed, but don’t allow anyone viewing them to actually search through or manipulate the data itself.

In contrast, dynamic or interactive visualizations often take the forms of “dashboards” or portals that allow for more interactivity (one famous example is the Johns Hopkins COVID-19 dashboard that was developed during the early stages of the coronavirus pandemic). Dynamic or interactive visualizations allow users to play around with the data themselves, such as creating search fields or using filters to return graphics or data sets based on a particular interest or query. Obviously, there are a wide variety of dynamic visualizations available, but that is the core difference.

Aside from what the visualizations allow users or viewers to do, there are also some sub-categories of data visualizations available in Python based on the actual research or learning goals the data is being used for. The first of these is information visualizations, which cover two or three-dimensional static or interactive visualizations of numeric or non-numeric abstract data. In plain terms, these visualizations often take the form of charts, line graphs, scatter plots, or other traditional math class graphing principles. However, the size of the data that can be displayed or interacted with via Python is obviously exponentially larger than it was before.

A second category are scientific visualizations, which can allow for three or four-dimensional projections of data (such as the inside of a human brain, layers of the atmosphere, or similar ideas) that couldn’t be viewed in such totality before. Finally, geospatial visualizations are rapidly emerging as another popular choice, especially for viewing and processing things like satellite imagery.

What Are The Best Python Data Visualization Libraries?

While there are literally dozens of different data visualization libraries available in Python, here are a few of the most popular and versatile choices among developers right now:

Since its release in 2003, matplotlib offers developers a robust plotting library which offers users significant control over every element of a particular graph. Despite being one of the oldest info visualization libraries available with Python, the wide variety of plot types and use cases has continued to drive its widespread usage.

Matplotlib offers a pyplot module which includes an array of functions, allowing for various plots which can be created using it. This includes some standard fare for research and data scientists, such as bar graphs, histograms, line plots, scatter plots, area plots and pie plots.

In addition to the basic level functionality of matplotlib, there are also libraries that have been built on top of the matplotlib core, which offer domain-specific APIs (and additional functionality). Some of the most popular include Seaborn, Pandas, and ggpy.

Plotnine offers programmers with experience in the R language an easier on-ramp into getting the most out of Python for data visualization. It’s an implementation of a grammar of graphics in Python, but also incorporates elements from R’s widely used plotting library ggplot2. This combination allows users to compose plots by mapping out data to visual objects that actually make up the plot, while the consistent API underneath allows users to efficiently create different data visualizations without having to constantly reference the underlying documentation.

Cartopy is popular because of  its object oriented projection definitions, as well as its ability to transform points, lines, vectors, polygons and images between those projections. In simple terms, Cartopy offers an easy and cartographically accurate method for producing maps, as well as representing geospatial data (like points on a path or destinations globally) on those maps for easy viewing and manipulation.

A similar tool is Folium, which in addition to offering the map-plotting elements of Cartopy, can also allow developers to create functionality that allows for basic user needs like zooming in and out, clicking and dragging the maps, or adding markers or tabs.

Missingno is a small matplotlib-based Python library which helps you show and explore missing data. It provides built-in visualizations that let you visualize missing data from different perspectives: Bar chart (like shown below, which displays a count of values present per column, ignoring missing values), Matrix, Heatmap and Dendrogram. This can be invaluable for data scientists and researchers trying to identify queries or potential follow-up steps for research, as opposed to other libraries which simply aggregate collected or existing data.