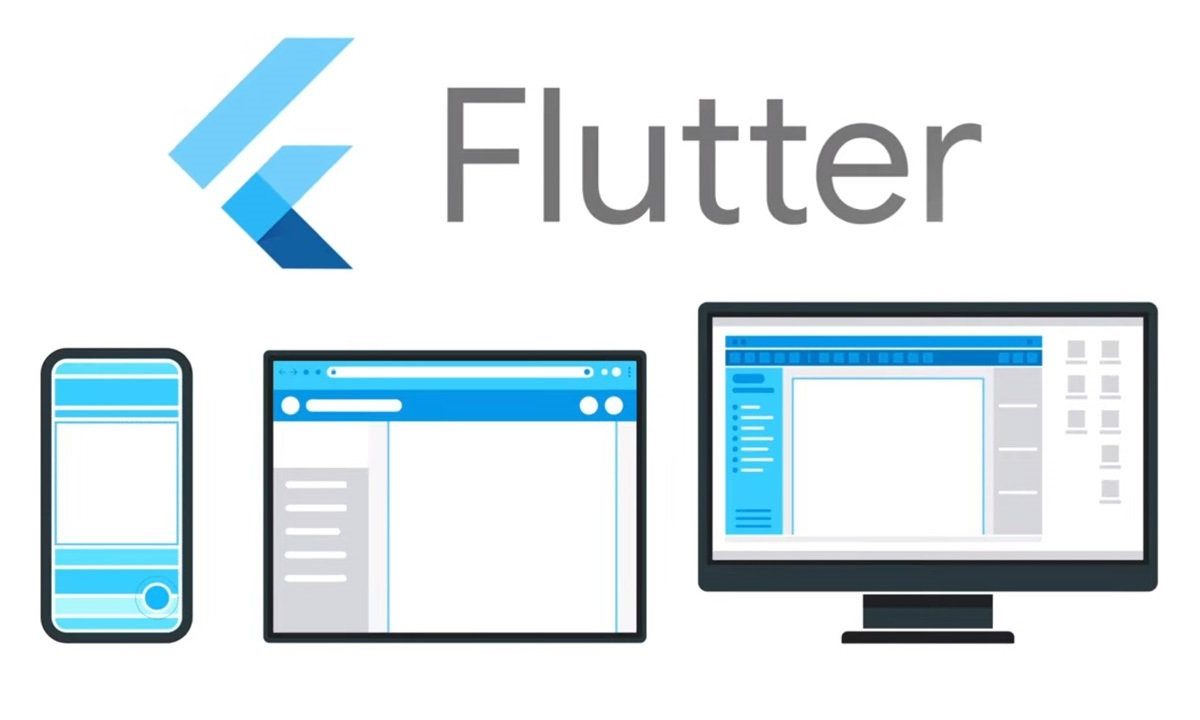 What is Flutter? Deep dive into flutter, Best way to know about Flutter. 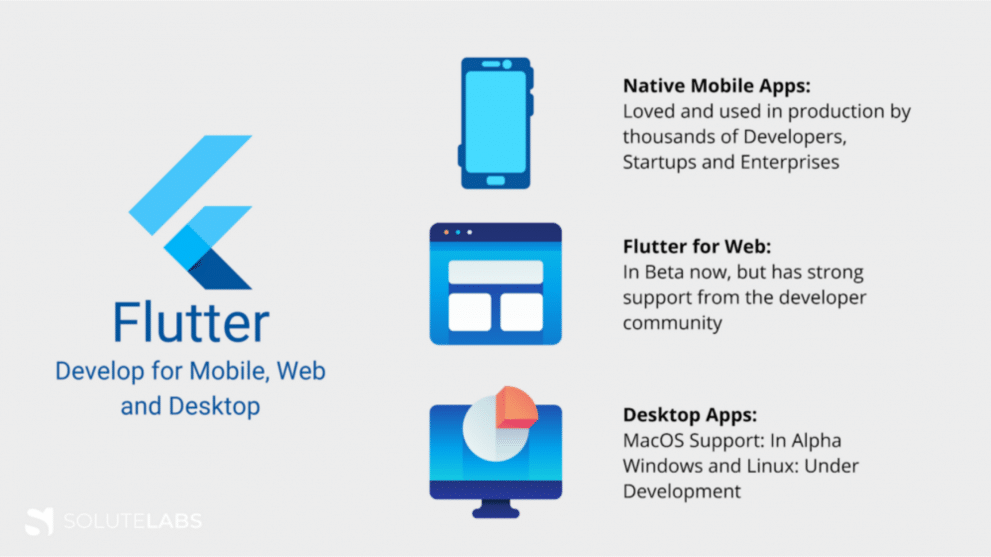 For years, Google’s erstwhile JavaScript competitor Dart was largely ignored by the developer community. Despite some smart architecture to the language, as well as an extensive push from Google to get developers interested, for the first few years of its existence Dart didn’t gain much attraction. However, in the same way that AngularJS and other UI frameworks have continued to drive JavaScript to the head of the pack among worldwide programming languages, Dart recently has seen some buzz thanks to a comprehensive framework of its own, as well as the increasing need for tools geared toward mobile app development, along with desktop software.

Enter Flutter. Quick rising into the most popular rankings at programmer hubs like GitHub and Stack Overflow, Flutter apps are being published by the thousands in app stores and quickly reaching millions of users around the world. Launched in 2015 as a beta and then receiving an official Google launch in 2018, Flutter’s rapid rise has it poised to be one of the most useful programming software tools to learn in the coming years.

Like most new “it tools” in programming, there must be a reason when notoriously picky programmers start to flock to a new programming tool. So what’s the story behind Flutter’s popularity, and why might it be a good idea for you to learn Flutter yourself? Well, from robust and powerful features to a broad suite of developer tools that can offer a great combination of performance and usability, Flutter checks the boxes for multipurpose programming software. Let’s take a deeper dive into the bells and whistles of Flutter.

How Does Flutter Work?

Like any good piece of programming software, the beauty of Flutter is tied to the structural principles behind the software. In the case of Flutter, the central feature is the use of widgets, which can be used and combined by developers to create an entire UI.  Every Flutter widget defines a structural element (for example, a menu or a button), a stylistic element (such as color schemes, gradients, or fonts), a layout aspect (like padding), and many more.

Unlike other programming software, Flutter doesn’t utilize OEM widgets, but instead offers developers its own pre-made widgets that appear native to iOS or Android apps (following Material Design or Cupertino). Additionally, developers are also able to create their own widgets customized to their specific needs.

Flutter offers additional useful tools to developers, such as reactive-style views. To avoid performance issues that occur from using a compiled programming language to serve as the JavaScript bridge, Flutter instead is built upon and uses Dart. Since Flutter compiles Dart ahead of time (AOT) into the native code for multiple platforms, this allows applications built within the platform to run seamlessly without needing to interplay with JavaScript. As a result of this clever shortcut, compiling to native code also boosts the app startup time and decreases load time on the user-facing interface.Mobile developers specifically have been adopting Flutter enthusiastically, possibly due to Flutter being the only mobile SDK that offers reactive views without the above-mentioned JavaScript bridge.

Where Does Dart Fit In With Flutter?

Aside from the unique features of Flutter, some of its popularity can also be derived from the growing popularity of Flutter’s base language — Dart. Similar to other systems that use reactive views, Flutter refreshes the view tree for every new frame. In order to accomplish this, it creates many objects that may live for no more than one frame. Dart uses generational garbage collection that has proven to be very efficient for this type of system — another benefit that plays out in decreased load times and more streamlined operations of the code.

Additionally, Dart has a “tree shaking” compiler that only includes the code needed for operating a specific app. This means that even if you only plan to use a few new widgets, the large library of potential widgets is also open to you for free use. This is a result of Dart embracing the open-source concept as a foundational principle, giving developers greater freedom and creativity to customize the language, report bugs, or build their own tools to add to the existing options online.

Lastly, Dart also offers a repository of software packages for enhancing the capabilities of apps. For example, it includes a few packages that assist developers with accessing Firebase to create serverless apps. Meanwhile, a different package allows accessing a Redux data store or makes it easier to access platform services and hardware like the camera.

What Makes Flutter So Useful?

As the tool continues to evolve, Flutter (and the Dart language) continue to be chosen for more and more development cases, but there are a few foundational benefits to learning and using Flutter for your programming projects:

One of the most cited reasons developers have been choosing Flutter is its hot reload capabilities. Hot reload allows developers to instantly view changes applied to the code itself on emulators, simulators, and hardware. Additionally, the changed code is reloaded in less than a second, minimizing load time and offering user experience benefits. Meanwhile, the app is running and developers don’t need to waste valuable time restarting it.

Hot reload, therefore, makes building UIs, creating new features, or simply fixing bugs much easier. If an app encounters an error, developers are generally able to fix it and then resume using the app as if it didn’t happen. Even in cases where a full app reload is necessary, the load time is still significantly better than competing platforms, making development quicker and easier.

Another element that is always high on the list of demands from programmers, Flutter’s native suite of widgets offer fewer compatibility issues than other tools. Because the widgets are built for cross-platform development, coding operates with significantly less problems on different OS versions, which removes the need to backtest the app on older OS versions (and thus, save time and effort doing the same thing over and over again).

While Flutter widgets do need to be updated with every new version release for Android or iOS, the fact that Flutter is theoretically an extension of Google makes this less of a concern, since the tech giant has a vested interest in keeping the language current. Even better, widget customization features allow anyone to update widgets or create their own, leading to an ever-growing library of tools to use for your project.

We’ve already mentioned many of the structural features that have combined to make both Flutter and Dart excellent tools for generating high-performance apps. The open-source elements of both tools deserve another mention, allowing existing bugs or processes to be essentially crowdsourced around the world. Also, the independent widgets allow you to avoid accessing OEM alternatives, which reduces the amount of communication between the platform and the app. All of these small tweaks lead to increased app startup times, less performance issues than some competing languages and tools, and a generally more comfortable and simple development experience.

For experienced developers, this may be the most important benefit. For newer programmers, one of the first things you’ll learn is the joy of being able to use the same code base when building for iOS and Android, without needing to do extensive work tailoring the app for each OS. Not only does this save time and resources in terms of not having to duplicate your coding work, but it also reduces app testing time for you or your team, since you won’t have to run through every feature on each OS. For individual programmers or small startups where budget and resources are a concern, this can make Flutter a particularly good choice.

Aside from the fact that Flutter truly is well-designed for mobile development, the ever-increasing surge of demand for more functionality and better performance by mobile users around the world make Flutter uniquely positioned for developers to use to meet growing demand. With its ability to create clean but robust apps, and the ongoing expansion of its widget set thanks to its growing community of followers (as well as the might and resources of Google behind it), Flutter should only continue to grow and evolve its functionality over the coming years.